Kelly Corwell Cansler, is a local Farmers Insurance Agency Owner born and raised here on the Peninsula, she is married to her husband Ryan since 2011 and they have a daughter named Khloe who was born in June 2015. Kelly has owned her Farmers Agency since 2008, and built from the ground up – she was her own first client. Now nearly a decade later she has hundreds of clients within her agency and annually qualifies for the company achievement clubs and ranked within the top percentage of agents nationwide.

Kelly met her husband Ryan at Farmers University in 2009, he had his own agency in Oklahoma and soon moved to California to be with Kelly. Ryan has managed another Farmers Agency since 2010 here on the Peninsula and will be combining the two agencies together.

Her educational background is in Business with an MBA and Bachelor’s in Business Finance/Economics from Notre Dame de Namur University. During those years of graduate study, Kelly was trying to find a way to be an entrepreneur and business owner. She graduated in 2007, when the economy was in the low point which is why she decided to stay in school for one more year and complete her MBA. The economy was still in a bad recession, so rather than joining corporate America, she looked for opportunities to be a business owner in a “recession proof industry” Insurance was the best fit.

Kelly had seen a great representation of a quality Farmers Agent, because that’s what her family had over the last 30 years. She wants her clients to have the same feeling she had, like they are a member of her family. She also knew that as her own business owner with Farmers she could have a family and have the flexibility to raise her own family and be able to balance both. She enjoys the career path she chose by being able to help both families and fellow business owners protect themselves and their futures with insurance.

As a local agent that is involved in many local chambers of commerce and networking organizations, Kelly’s connections are huge value to all her clients for high quality referrals for their needs outside of their insurance coverage. 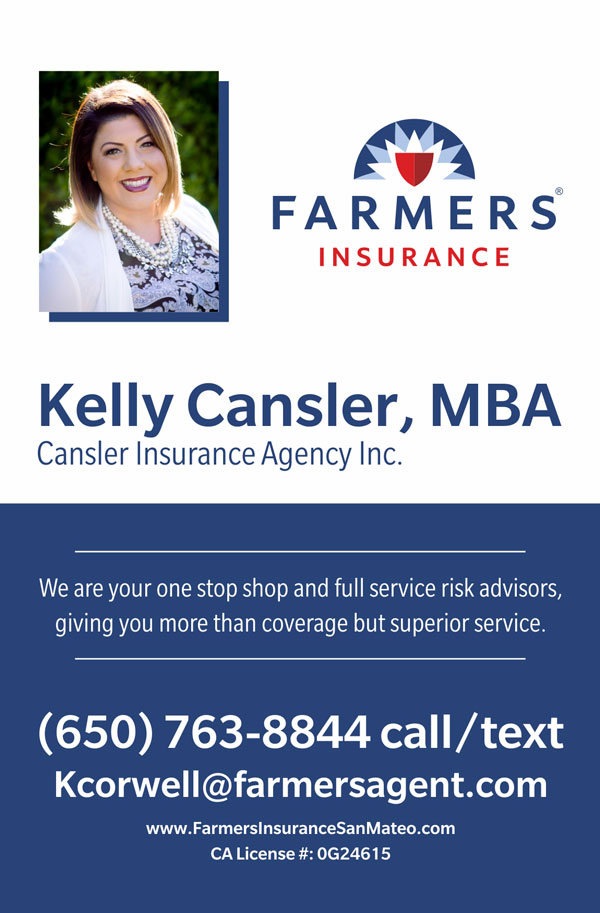 I could not be any happier and would highly recommend her.Scott B.

I would highly recommend Kelly to anyone who is looking for insuranceMax R.

I value her expertise, insight and referrals to other high caliber professionals.Crystal L.

OUTSTANDING SERVICE!!! Kelly has gone way above and beyond the call of dutyBrook S.

Thanks! Would definitely recommend Kelly for anyone looking for any type of insuranceRommel H.